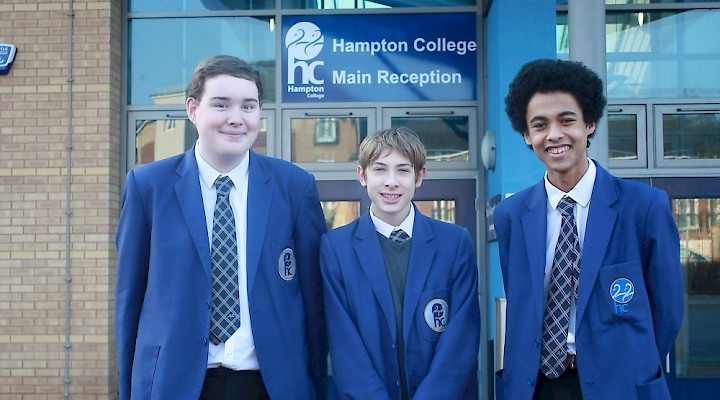 Peter Jones CBE will crown the winners of Tycoon in Schools at Buckingham Palace.

Peter Jones CBE has announced a team of budding entrepreneurs from Hampton College as finalists in his nationwide enterprise competition, Tycoon in Schools.

The three Year 11 students from Peterborough are one of just eight teams who will attend Buckingham Palace for the awards ceremony on Monday 6th March.

They officially launched their business idea, Indulge, to market in October, which produces handmade bathbombs.

This year, the stakes were higher than ever before, as the competition officially expanded into primary schools for the very first time. Over 100 teams of children as young as five went head-to-head, starting their own businesses and trading between October and December.

Indulge were one of the eight teams that stood out amongst over 150 teams taking part in the competition from across the UK. The budding young tycoons received £122 as a start-up loan from the Peter Jones Foundation, and had a final profit ratio of a fantastic 556%.

The competition has grown by a staggering 300 per cent since it was launched in 2012, and sits at the heart of Peter’s mission to put enterprise at the heart of the education system. Schools involved spanned the length and breadth of the country, including over 150 teams of children

The impact in encouraging the nation’s young people into entrepreneurship is clear to see. According to a survey of students that took part in the initiative last year, 70% feel that taking part in Tycoon in Schools has made them want to start their own business in the future.