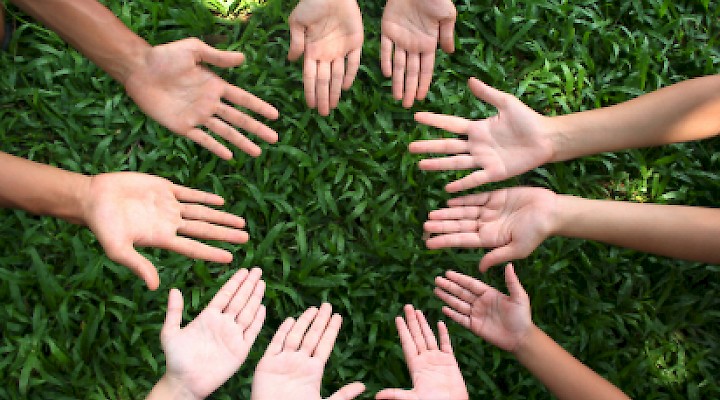 This project was run in conjunction with Get Set Community Action and Age UK Peterborough. Forging partnerships within the Hampton Community, Peterborough. The event was about bringing the local community together to celebrate the successes of the GBR team in the Rio Olympics and Paralympics.

Elderly residents who suffer from dementia, Alzheimer's and other mental health problems were invited to Hampton College to take part in a multi-skills / sensory circuit alongside students from Hampton College primary phase. The activities were led by Hampton College secondary Sports Council Leaders. It was a chance for the residents in the community to interact with young children and teenagers encouraging all involved to develop socially, morally, culturally and spiritually, instilling important British Values and Olympic Ideals and breaking down stereotypes.

Unfortunately due to staff sickness at a local care home some residents were unable to attend. This meant that a very special few had a very special morning put on just for them. The event started with a celebration of the GBR team's success at the Rio Olympics and Paralympics. This was followed by a sensory circuit; Samba drumming, fruit smelling competition, guess the London buildings quiz and ‘a what's in the box?’ competition. This was followed by a Rio tea party complete with spicy chicken, tropical fruit and of course some cake! A big thank you to the Cucina team who put on a great spread. Both the primary and secondary students worked well with the residents and made them feel at home. At the end of the event there was a prize giving ceremony and a small closing ceremony. Good fun was had by all and positive feedback was given by those that attended.

A big thank you to the Sports Council who did a fantastic job of leading the day. All were given a Head’s Commendation for their efforts.