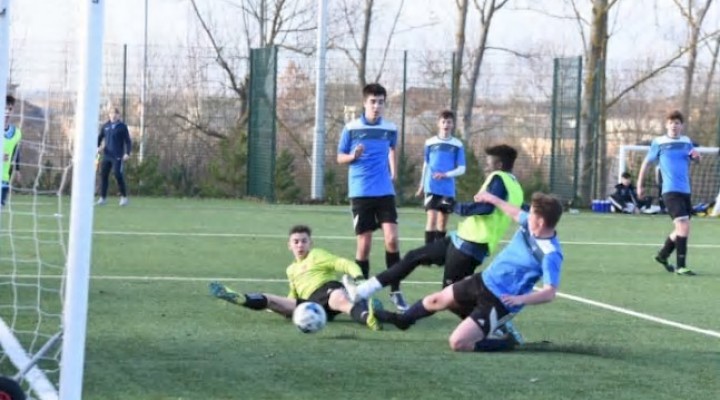 The HC boys won 7-1 to Farlingaye High School on Friday on the 3G pitch at the Hampton Gardens School. Hampton College had the game in the bag by half-time when they led 5-0. The visiting team enjoyed some good moments on the ball, but they lacked the defensive skills to keep Hampton at bay.

Dami Ogboola’s pace was a constant menace and he was rewarded with two first half goals from close range. Peterborough United Under 16 squad member Jay Whyatt also scored twice while Jazleigh Fife, Will Palmer and Jamie Cooke also hit the target.

Manager Tim Quy watched with a (smug) smile from the side lines and is very excited for the next round – some fantastic football Boys!