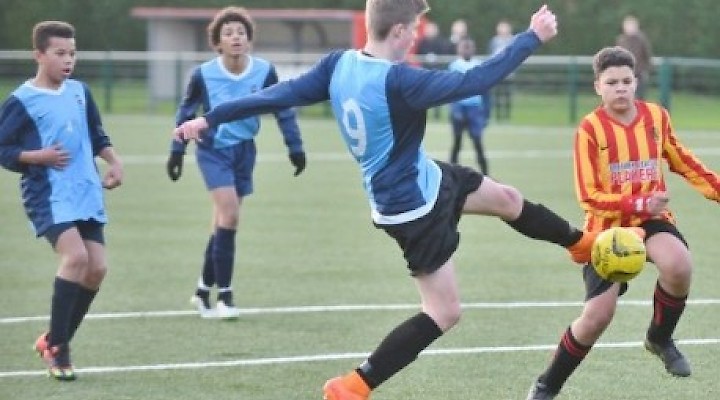 Hampton College have won through to the sixth round of the English Schools FA Cup for Under 14 teams.

The lads beat Lancaster School from Leicester 3-1 in the fifth round on Friday (December 4) at Yaxley FC, thanks to goals by Bradley Gilbert (2) and Jazleigh Fife.

In today’s sixth round pairings, Hampton were again drawn at home. They will meet either Shenley Brook End School from Milton Keynes or Northampton School for Boys on a date to be arranged with Yaxley FC again likely to be the venue.

A total of 668 teams entered the competition, which is now down to the last 32 stage.