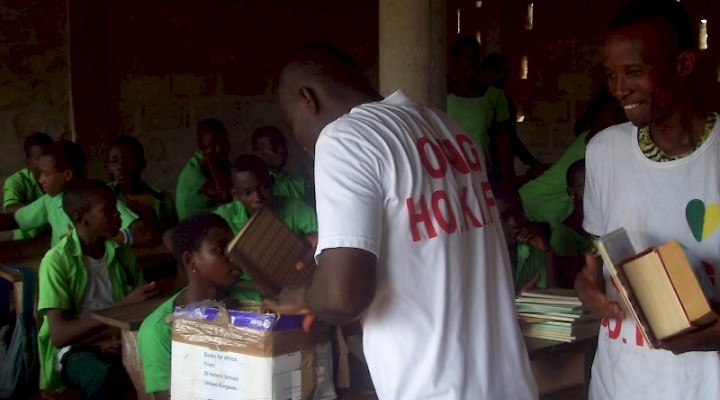 It all started about two years ago after a marketing visit from an educational publisher. The specifications were changing yet again and they were attempting to sell the new text books for this new specification. It made us think about the waste we had in the stock cupboard from all the old specs over the last ten years, but not to mention that lack of space we had for storing books that were actually used and up to date. The marketing lady explained that they shipped all of their outdated text books to Africa or India and used local freight companies who offered to do it for free. We looked into this, but it was really complicated and time soon took over the new academic year and it was soon forgotten about. Fast forward a year later, and an article was seen in the paper about another local school who had used Books2Africa for this very purpose. So here we are, December 2017, ready to ship our outdated books from across the curriculum to poorer areas of the world that will be enriched by these donations. Not only this, but we have also reduced our carbon footprint by not having to recycle them. Over the last few weeks, we have managed to fill 27 boxes – mainly from English and Science – and our sixth formers have been really good at organising the teachers, making up the boxes and filling them up. Some even wrote little messages inside a few of the books which was a lovely sentiment. It’s been a real team effort.

Books2Africa is a UK registered charity that is educating people and saving the environment by collecting donated books and sending them to institutions of learning in Africa.

According to UNESCO, more than 50% of students who go to school in Africa will not be able to read or write properly after finishing school. This is mainly due to a lack of books and resources.

Instead of being pulped or sent to landfill, books and educational materials are collected from developed countries and shipped to developing countries in Africa.

The number of African countries that have received book donations from Books2Africa represent the broad scope of our work. So far, we have donated books to projects in the following 15 African countries: