Information on the Sixth Form application process can be found HERE. 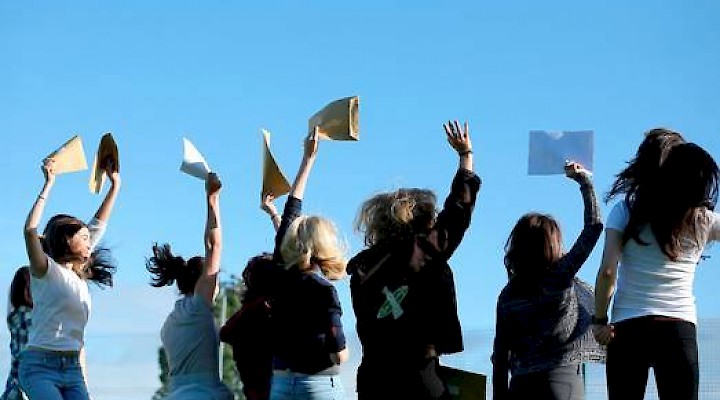 Validated Results show Hampton College has achieved not only its best ever results at A Level and Vocational Post 16 courses but TOP of the league tables for A-Level Progress in Peterborough, and top within a 25-mile radius for state schools.

Head of School, John Gilligan, said: “We are thrilled with the achievements of our year 13 students. Their hard work and dedication has been rewarded with a tremendous set of qualifications. The vocational qualifications have maintained their 100% pass rates and our A level only pass rate stands at 99%. We are particularly pleased with the significant increase in the number of higher grades achieved. Sixth Form study is a young person’s passport to the next stage of their lives: we wish all of our Year 13 leavers well as they progress to university, college, apprenticeships or employment.”

Bailey Richards achieved A*A*A at A level and now takes up his place at University College London to study Physics, Aaron Patel achieved A*A*A and will go on to study Maths and Accounting at Loughborough University and Aicha Sebtane achieved A*AA and has secured a place at York University to study Film and Television Production. Other top university destinations for Hampton students this year include the Russell Group universities of Manchester and Warwick.